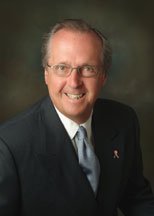 Mr. Rose is a graduate of The University of Scranton with a bachelor's degree in Accounting. He began his career in the restaurant and hospitality industry with the Marriott Corporation. During a twenty-year association with Marriott, he progressed from a trainee position to that of a senior executive. His career with Marriott included the position of vice president of finance for the Roy Roger's Division and vice president and general manager for over 250 company and franchise-owned Roy Roger's restaurants in the mid-Atlantic and New York markets.  In 1985, Mr. Rose purchased five Roy Roger's restaurants from Marriott and founded H. T. Rose Enterprises, Inc.

Mr. Rose is chairman of The Rose Group, a restaurant management company established in 1985 encompassing all his active restaurant concepts over the course of his franchising career including Applebee's Neighborhood Grill & Bar, Boston Market, Corner Bakery Cafe, The Shannon Rose, Einstein Bros. Bagels, Johnny Carino's Country Italian and Roy Roger's. The company currently operates Applebee's restaurants in four states and two Shannon Rose restaurants in New Jersey. Over the years, Mr. Rose has received numerous significant awards from Dine Brands, Inc. including "Franchisee of the Year" in 1997, 2004, and 2015 as well as served as chairman for multiple councils for the Applebee's brand. The Rose Group also won numerous awards with Corner Bakery Cafe including "Franchisee of the Year" for 2015 as well as many awards for previous concepts they ran over the years.

Mr. Rose has been recognized and awarded for his personal and civic commitments to serving the local community, various businesses, social and philanthropic organizations. Over the years, he has been a member of multiple boards of directors and board of trustees, including New Jersey Manufacturer's Bank, Pennsylvania Restaurant Association, St. Mary's Medical Center, The University of Scranton, and the New Jersey Business and Industry Association.  He held the chairmanship of the Mercer County Chamber of Commerce from 1995 to 1997 and remained active with the organization as a member of the board of directors until 2004. 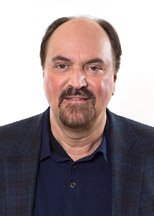 P. Jeffrey Warden began his career at the Marriott Corporation.

Mr. Warden is a member of the Board of Directors of The Academy of Vocal Arts in Philadelphia, Pennsylvania, a premier institution for the training of professional opera singers.

Mr. Warden is a graduate of the University of Pennsylvania with a bachelor’s degree and a master’s degree. 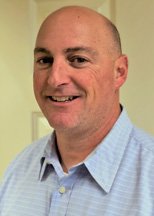 Christopher Tobia began his career with Price Waterhouse in 1991.  In 1996 Christopher joined Fleer/SkyBox International LP, a sports and entertainment trading card and die-cast vehicle company and was responsible for all aspects of accounting, finance, and treasury functions as well as sales, operations and human resources.

Christopher joined The Rose Group in August 2007 as vice president & chief financial officer with responsibilities overseeing all aspects of accounting, finance, and office administration.  In September 2018 he was named executive vice president. Christopher is a graduate of The Catholic University of America with a bachelor’s degree in Accounting and is a licensed certified public accountant in Pennsylvania. 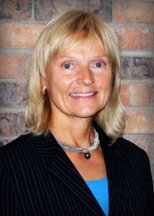 Bonnie Lippincott began her career with the Rose Group as a manager in 1985. She progressed her career through leadership roles as the director of operations and vice president of operations, running various concepts for the Rose Group including Corner Bakery Cafe and Applebee's Neighborhood Grill & Bar Restaurants. In 2010 she was promoted to chief operating officer and currently serves as the executive vice president of operations & chief operating officer.  She is responsible for overseeing restaurant operations, including IT and training.

Bonnie's leadership helps her team continue to earn recognition for operations excellence awards, including multiple "Operator of the Year" and "Franchisee of the Year" awards.

Bonnie studied electrical engineering at Virginia Polytechnic Institute and State University. She is a fitness enthusiast and is a NASM Certified Personal Trainer.  She participates in various races including the Marine Corps Marathon and Spartan Races. She also has a passion for inspiring others through her teaching as a certified Baptiste Power Vinyasa Yoga instructor. 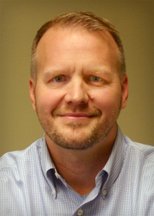 Paul is a graduate of Richard Stockton College with a bachelor’s degree in Business Administration and Temple University with a master’s degree in Human Resources. 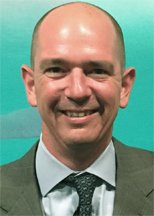 Jason Rose began his career with The Rose Group in 1996 as an assistant manager for Einstein Bros Bagels and was promoted to training manager.  During his tenure, he has also held the positions of assistant manager and marketing assistant for Applebee’s Neighborhood Grill & Bar.

Jason is a graduate of Elon University with a bachelor’s degree in Business with a minor in Marketing.

Jason resides in Doylestown, Pennsylvania with his wife and three children.  He enjoys gardening, traveling, and sports. 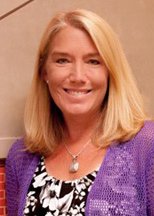 Cathi has been a member of the MEG (Marketing Executives Group) with the National Restaurant Association, a board member for The Mercer Regional Chamber of Commerce, and a 1989 graduate of Johnson & Wales University with a bachelor's degree in Hotel, Restaurant, and Institutional Management.

Cathi was born and raised in Holland PA, graduating from Council Rock High School as a member of the class of 1985. She resides in Doylestown, PA with her husband and son. She enjoys the beach, golf, reading, gardening, and wine collecting. 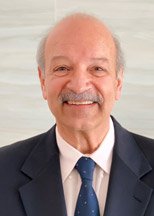 Harry began his restaurant career with a New York franchisee of Nathan's Famous. In 1981, he joined the restaurant division of Hebrew National Inc. where he was promoted to general manager. In 1986, he founded a food brokerage company. Clients included Merrill Lynch and Goldman Sachs. In 1991, Harry joined Solow Inc., one of the early franchisees of Applebee's Neighborhood Grill & Bar as a general manager and was later promoted to area director.

Harry is a graduate of Queens College with a bachelor's degree and St. John's University with a master's degree in Finance.

He resides in Allentown, Pennsylvania with his wife and four children. He enjoys traveling (to Greece especially), remodeling projects and outdoor activities.

Tom began his career in 1990 as a general manager of Charley's Brother restaurant in Hopewell, New Jersey. He joined Boston Market in 1992 and became an area manager in 1994. From 1998 to 2003 Tom was owner and chef of Cambers Café in Princeton, New Jersey.

Tom resides in Princeton, New Jersey with his wife. He is a volunteer firefighter at the Pennington Volunteer Fire Department and volunteers as a coach for Lawrence Recreation Youth Soccer League. He enjoys golf, gourmet cooking and physical fitness.