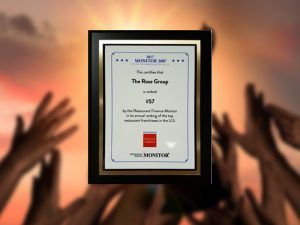 It’s getting harder and harder to get on the coveted Restaurant 200 list – these A-list operators generated $37.5 billion in revenue last year and operated just under 27,000 restaurants.

When the Restaurant Finance Monitor first calculated the list of the top restaurant operators back in 1989, there were just 13 companies that topped $100 million in revenue. And 10 years later the Wall Street Journal referred to the list in an article about “mega-franchisees.” Back then, that meant an operator with 50 locations picking up a second brand.

Compared to the average today of $187.5 million in annual sales and 135 restaurants, it’s plain to see the term “mega” was a little premature—and at the rate the strongest operators keep growing, it may be still. This year eight companies added $100 million or more to their revenue. Altogether, the top 200 operators by revenue added $2.9 billion in top line revenue with the addition of 1,817 restaurants.

The Restaurant 200 is roughly 5 percent of the overall restaurant industry revenue. While that seems a small sliver, the group is beating the industry in growth. Revenue among the 200 operators has grown at a compound annual rate of 8 percent since 2009, compared to 4 percent for the overall industry.